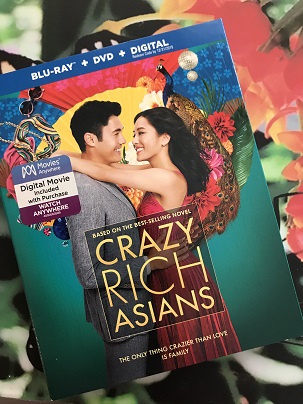 Recently, watching Crazy Rich Asians made me think more about how far people go to love, really love someone, even to the point of saying “goodbye.”

Continue reading at your own risk.

Are you still there?

Phantom, aka Erik, makes many mistakes — a lot of really huge ones — but grows a lot through the course of the story. In the end, he loves Christine so much, he shows it by giving her up and dies of a broken heart. He bids her a good life with Raoul, in spite of the fact that that means a painful, sorrowful, lonely end for himself.

With Crazy Rich Asians, I thought of the love professed in The Phantom of the Opera and a particular scene really struck me. Toward the end of the movie, Rachel Chu asks her boyfriend’s mother, Eleonor Young, to meet with her in public, where, over a game of mahjong, she knowingly holds a tile in her hand that would secure her win for the game or allow Ms. Young to win by setting the tile down.

Rachel tells her boyfriend’s mom that she just loves Nick so much, but she doesn’t want him to lose his mother a second time. She releases the tile that lets Eleonor win the game and who gets the son. And, Rachel’s parting words to Eleonor involves the charge that when Nick ends up with some lucky woman that Eleonor approves of some day, to remember, it was Rachel, who made it possible.

Rachel loves Nick so much, she lets him go.

Only after Rachel reveals her tiles does Eleonor fully grasp what Rachel has done. To see what happens next, you’ll have to see the movie yourself.

On a side note, I’m told Kevin Kwan’s book, Crazy Rich Asians, is so much richer and better than the movie. I’m very eager to read it, but first, I’ve promised one of my daughter’s I’d finish reading Sarah J. Maas’s Throne of Glass.

Follow WAM – Writing and Art in the Making on WordPress.com